We had the amazing opportunity to manage a short email-interview with Aimee Garcia, who plays Ella Lopez in the DC/Vertigo adaptation series, Lucifer. She was very kind and seems such a nice person. Doing this interview was an incredibly positive experience for us. You can read the full conversation below. 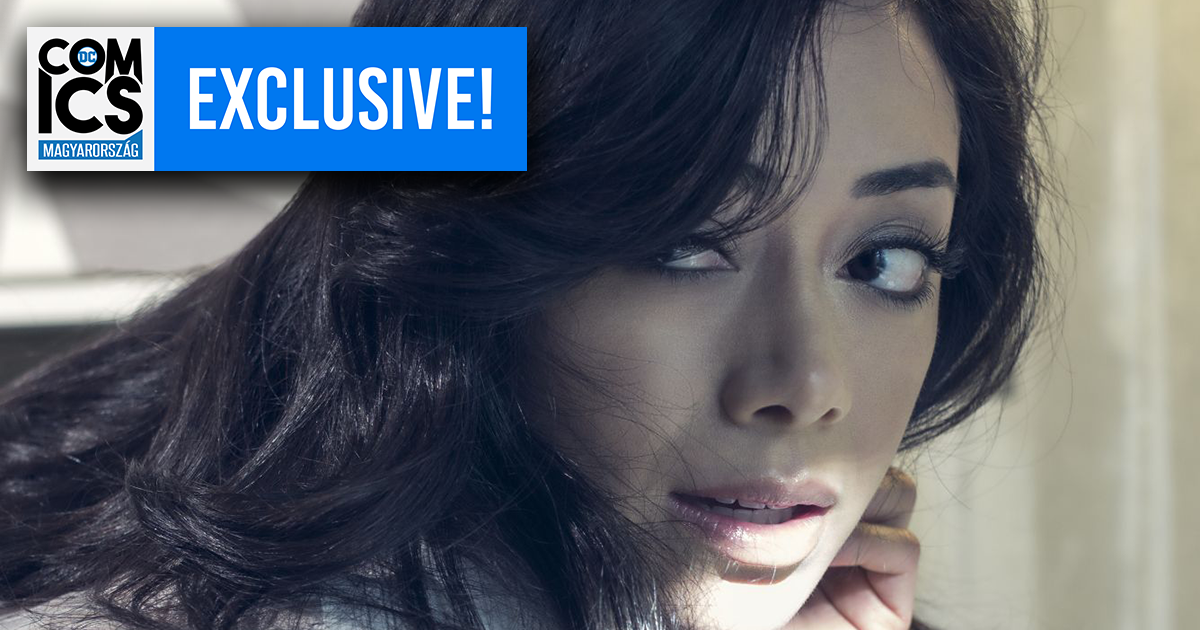 Question: Who or what was your biggest influence to become an actress?

Aimee: Rita Moreno. She was Puerto Rican and won an Oscar, Emmy, Grammy and Tony. As a Puerto Rican girl growing up in Chicago, I thought she was a rock star.

Q: How did you get into acting?

A: I started as a professional dancer. Then, I started doing commercials. In high school and college, I did theater in Chicago, which was great training.

Q: If you were not acting what would you be doing?

A: I would be traveling the world and hosting a show like Anthony Bourdain. I love exploring different cultures and meeting new people. I also love photography. So, I could also see myself taking pictures for National Geographic.

Q: What do you love most about being an actor?

A: I love the teamwork part of it. You can’t act alone. I love working with my fellow actors, directors, producers, writers and crew to tell a great story. I also love making people laugh and helping them forget about their worries while they watch a movie or show.

Q: What are your strong points as an actor?

A: I guess that remain open to learning. Even though I've been acting since I was a kid and have been lucky enough to work with actors like Gary Oldman and have a SAG Award Nomination, I still feel like I have a lot to learn as an actor.

Q: How do you prepare for your roles?

Q: What role would you love to play? What would be your dream role?

A: I'd love Chris Pratt’s role in "Guardians of the Galaxy." I think Peter Quill has a huge heart, is super goofy, but is also grounded and can break your heart when you least expect it. Star-Lord is hysterical and relatable, but he’s also a superhero who saves the world. I mean, talk about a dream role.

Q: Do you have any roles that you wanted so bad, but unfortunately you didn't get?

A: Haha. Yes! When I was really young, I screen tested for "Romeo and Juliet" with Leonardo DiCaprio. I was up against Natalie Portman, Reese Witherspoon, Christina Ricci and Claire Danes, who ultimately got the role. I, of course, wanted the part, but when Clarie Danes I didn’t mind cuz she is phenomenal.

Q: Which has been your favorite character that you have performed?

A: Ella Lopez on Lucifer. She’s super fun and really smart. But, she’s also goofy and not self-conscious about it. I tell our showrunners Joe Henderson and Ildy Modrovich all the time that Ella Lopez is a one-of-a-kind character. She’s a woman who doesn’t lead with her sexuality, isn’t defined by a romantic relationship and is very comfortable in her skin. I love representing woman in science and a woman who is unapologetic about who she is.

Q: What kind of roles do you prefer?

A: I like playing roles with a scene of humor. I think that’s why I’m having so much fun with Ella... she has no filter and is always singing, dancing and invading people’s personal space.

Q: What do you prefer: theater acting or movie acting?

A: There’s nothing like theater. Theater is magical... getting immediate feedback from the audience is such a gift. When you’re doing a play, every night is different and you have to fully commi cuz there’s no Take 2. But, what I like about movies is that you can reach a wide audience. 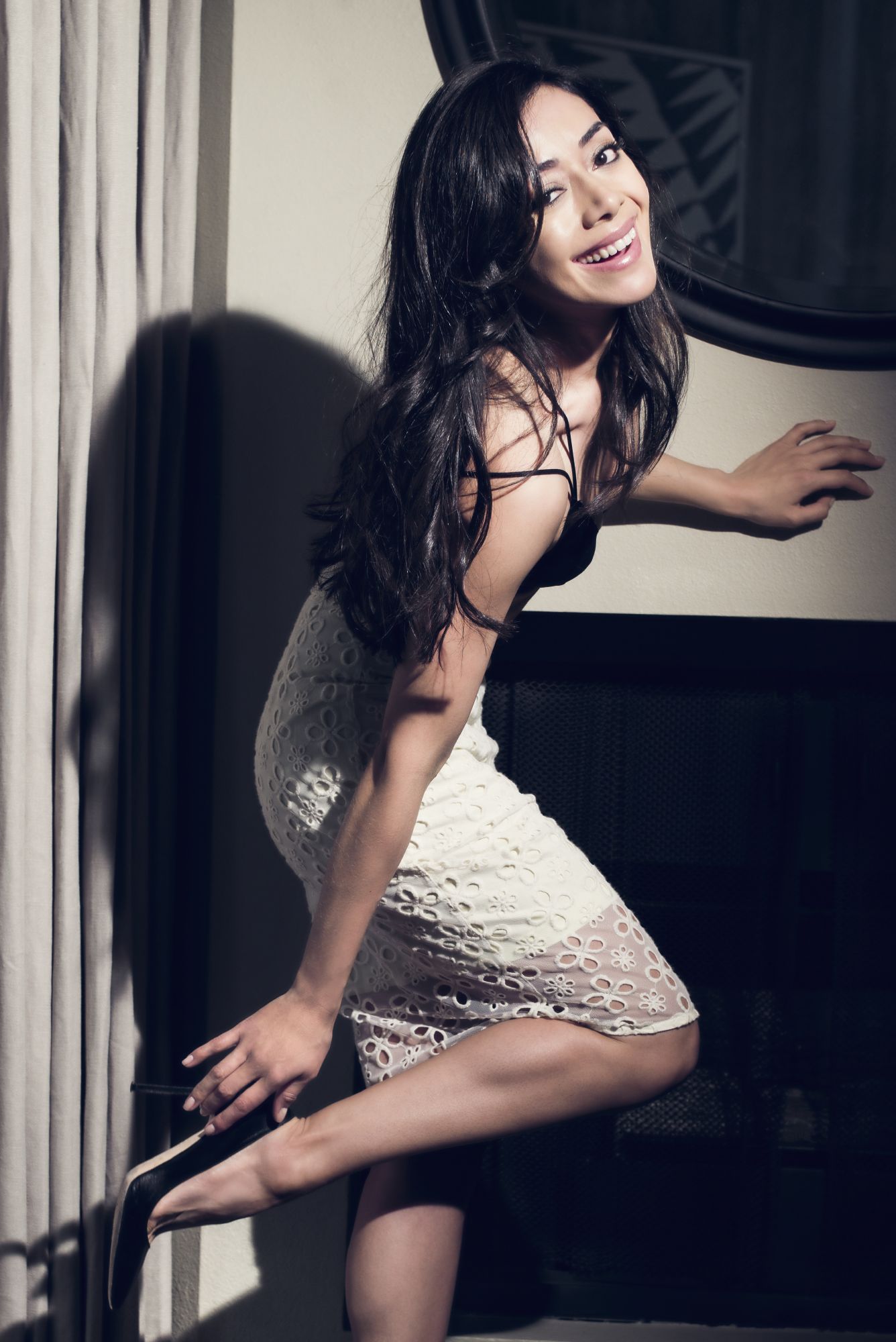 Q: What’s the best advice you’ve ever received? The worst?

A: The best advice I ever received was from my Dad. He said, the most important things in life are

1. Health because if you’re not healthy, you can’t help anyone

I can’t remember any bad advice so I guess I’ve been lucky.

Q: What have you learned from those that you have worked with throughout your career?

A: I just wrapped a movie called "St. Judy" with Alfred Molina and he said, "Take the craft of acting seriously, but don’t take yourself seriously."

Q: Do you like to watch the shows and movies you are in?

A: I’ll watch myself once. It’s educational for me to see what works and what doesn’t. But, I’ll only watch once... once is enough.

Q: Who was your best partner on screen yet?

A: Cliff Curtis. I had the pleasure of working with him on Peter Berg’s "Trauma." He’s so instinctual. His body of work in incredible... Smiley on "Training Day," Bully in "Once Were Warriors," Pablo Escobar in "Blow"... and I feel very grateful to have worked with him. Now, he’s Tonowari in Avatar... can’t wait!

Q: What is your favorite movie?

Q: What is your favorite TV show?

A: Fargo, Broad City and The Handsmaid’s Tale.

Q: Who is your favorite actor and actress from the currently active ones, including TV and cinema?

A: I LOVE Amy Adams. I think she’s fantastic in every genre. I also love Ewan McGregor. Both of them can do comedy and drama effortlessly.

Q: Do you have any weird experiences from meeting a fan?

A: Nope. All the fans I’ve met have been lovely.

Q: Do you ever Google yourself to see what people are saying about you?

A: Oh God no! That would be scary.

Q: Who/What do you think you were in a past life? Why?

A: A monkey. I’m very playful and love bananas. So, I’m sure I was a monkey in a past life.

Q: What is it like on the set of Lucifer?

A: So fun! I adore everyone and we get along great.

Q: How do you get into character?

A: If I’m doing a crime scene, I make sure to have the technical stuff down; how to take blood samples, how to assess a dead body ect. But, if I’m in the lab, I pretty much just let my instincts guide me. I’m very similar to Ella in a lot of ways so it’s pretty easy to get into character.

Q: How do you connect to your character?

A: I connect to Ella because she leads with her heart. I love to make people feel better and try to see the beauty in everyone... and I think Ella does too.

Q: We love watching you on Lucifer – do you have any fun stories from the set?

A: Aww thanks. Basically just that Lauren German and Kevin Alejandro are the biggest pranksters ever and are always planning shenanigans. And, I’m always trying to get Lauren and Tom to dance.

Q: How do you wind down after a long day on set?

A: Massages. I love massages.

Q: Are there any deleted scenes that you really wanted to see in the show? Do you remember any?

A: No. I’ve been lucky that they’ve kept a lot of Ella’s stuff.

Q: Describe your castmates in one word:

Q: How would you describe yourself in one word? 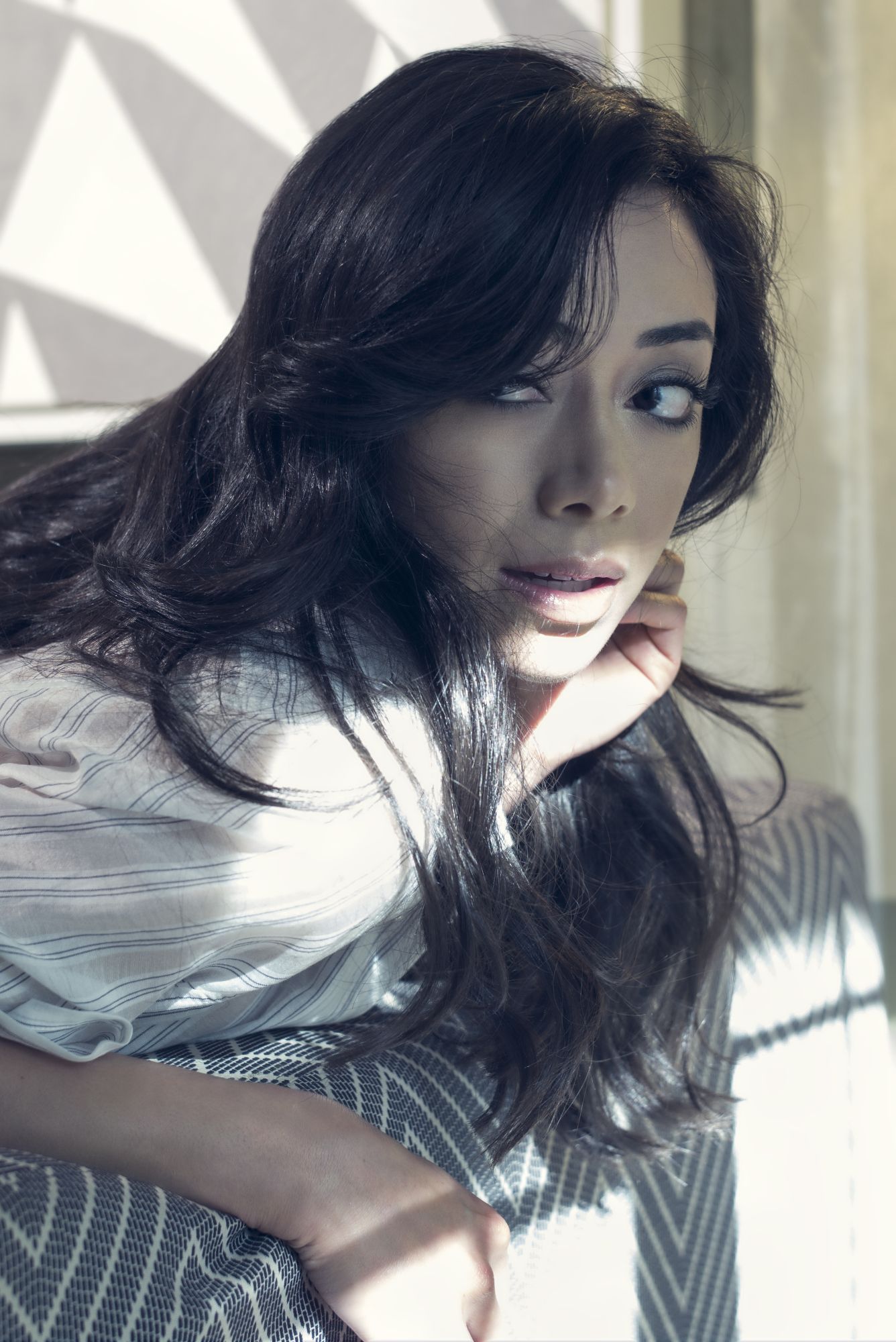 Q: What was your favorite episode from Season 2?

A: I loved the first episode and Episode 13. I loved how Ella talked about the devil... to the devil himself. And, I loved Episode 13 because we meet Ella’s brother and all the characters work together to save Chloe.

Q: If you could switch roles with someone on the show, who would it be and why?

A: Lucifer. He drives a Corvette, makes out with good-looking people and flies... How fun is THAT.

Q: Many people call Lucifer the best DC/Vertigo adaptation. How do you think it differs from the rest of the DC-based TV shows?

A: I think because it’s grounded. Joe and Ildy and our amazing writing staff make the characters relatable. Plus, Tom is a rockstar and so fun to watch. He can sing, dance, do comedy and drama. Plus, he’s ridiculously good-looking which doesn’t hurt.

Q: Could you tell us something about the casting process for the role of Ella Lopez?

A: It was quick. I went in once, the producers said they wanted me and then FOX gave me an offer.

Q: Where do you see yourself 5-10 years from now? Still acting or doing something else?

A: I'd love to be creating content. I’d love to write a comedy and maybe even a comic book. I’ve always wanted to be a producer because I love connecting people and the teamwork aspect of making TV and movies.

Q: Can you say anything about Lucifer Season 3?

A: To quote our showrunner Joe Henderson "Season 3 is about identity. About who Lucifer is. Is he angel? Is he devil? And how do his wings growing back affect that? And why have they grown back? Who has done this to him? And what kind of plot is happening?"

Q: In Hungary, we are currently at Episode 12 of Season 2. Do you have any message to the Hungarian followers of the show?

A: Buckle your seatbelts. Episode 12 and 13 are gonna be a fun (and scary) ride. Can’t wait for them to see it!

Q: How would you convince someone who isn't following the show to start watching it?

A: I would tell them that there’s no other show like Lucifer. It’s part police procedural, part fantasy adventure, party family drama and part romance. Plus, it’s headlined by Tom Ellis, who is super charming.

Q: What upcoming projects do you have that you can talk about?

A: I just wrapped a movie called "What They Had," with Hilary Swank and Michael Shannon and another one called "St. Judy" with Alfred Molina and Michelle Monaghan. "St Judy" is a real-life story about an immigration lawyer named Judy Wood who won a game-changing case that lead to altering asylum laws for women. She’s a real-life hero and I’m proud to be part of such an amazing story.

Q: If you could choose any comic book character to play on the screen, who would that be and why?

A: Peter Parker... cuz he’s clumpsy and funny, but can still save the world.

Q: Is there anything you would like to say to your fans in Hungary?

A: Köszönöm! (that's the hungarian for "Thank you")

Despite we were talking about a "short" interview, it became a quite long one. We say thank you once again to Aimee for making this great interview happen. She was a perfect interviewee, we are so grateful. You guys be sure to follow the new episodes of Lucifer season 2 Mondays at 9 pm on VIASAT3! 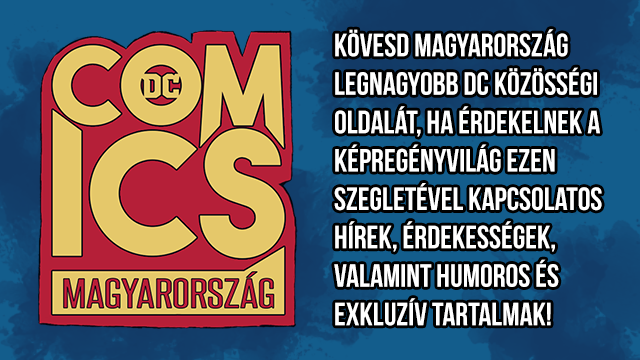 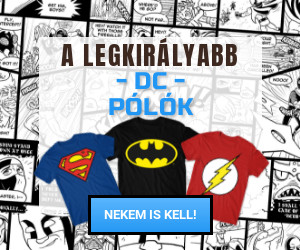 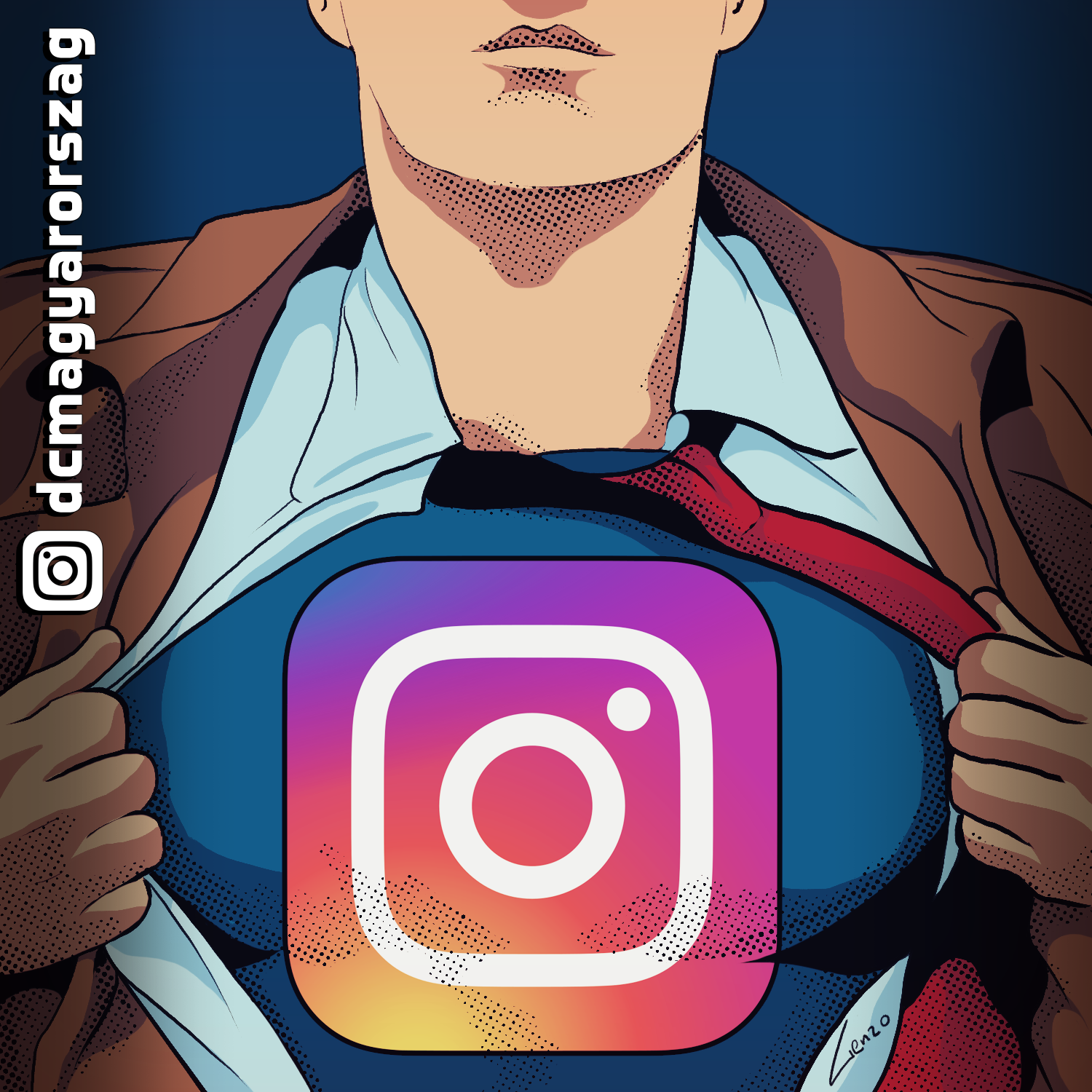